My account
Promotions
Deposit now
HOW TO BET?
FAQ
Call us
Featured games

The Arcader slot is a retro-inspired version that can only be described as a mix of traditional fruit game and old-style space invaders.
Enjoy a very unique and modern approach to both ideas and win amazing prizes!
For fun 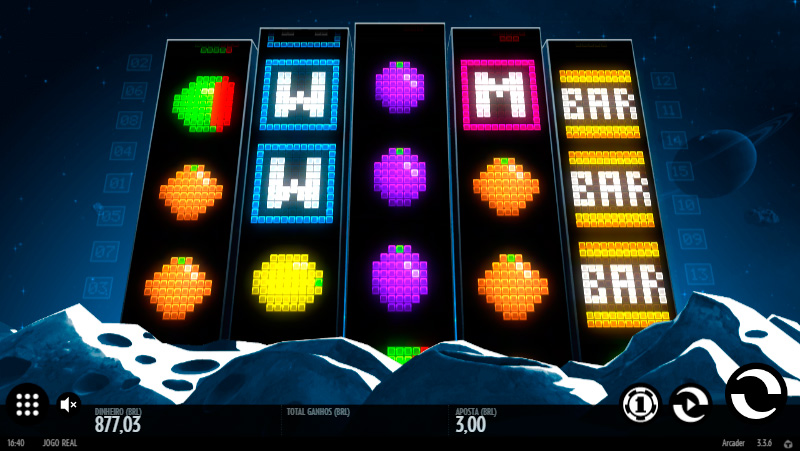 How to play Arcader

• Arcader is a 5-reel video slot with 15 fixed prize lines.
• The game features Wilds, expansions and a free spins bonus game.
• The theoretical return per player is 96.1%.

• A game round starts with the action button and plays the game with the selected bet level.

• Bets cannot be changed during a round.
• Autoplay automates play for the number of rounds selected on the autoplay page.

• The expander expands the spool on which it appears and fills it with the symbols that represent the best possible prize line.

• All prizes in the prize line during a game round are added and displayed at the end of the round.

• All prizes are presented and paid in the selected currency.

• In the event of a game malfunction all affected bets and prizes are considered void.